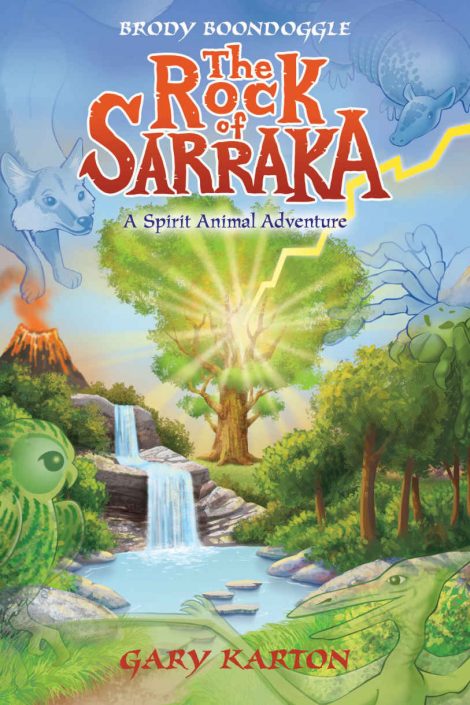 The Rock of Sarraka: A Spirit Animal Adventure

The threat to the existence of Sarraka, a land of magic and spirit animals, grows dire in this second book of a middle-grade fantasy series.

In Karton s first installment (The Last Akaway, 2013), young Brody Boondoggle encountered a magical Akaway. When a strange hunter seriously injured the creature, Brody learned that he must open the portal to her home in Sarraka to save the Akaway and rescue her realm.

This sequel, with stops at a prison in Mexico and an extended sojourn in Sarraka the place we go to when we let our minds wander and just be free. . .Like a zip line directly into your imagination delivers more challenges that 12-year-old Brody and his motley group of family and friends must face. Brody continues to use his gifts from the Akaway, the last of her kind: the power to connect others to their own spirit animals and the ability to take on the characteristics of any creature (living or extinct) himself. During a dangerous rescue operation in Mexico, Brody visualizes a seal while swimming in the freezing Pacific Ocean ( Just thinking about the harbor seal s skill and grace in the water gave Brody those abilities, too ).

Nefarious video game mogul Uncle Skeeta, his greedy nephew Rudy, and the bitter Felonious Fish return, determined to steal the Rock of Sarraka, the land s power, its spirit, its heart. In this lively, offbeat tale, comical crustacean Punching Crab supplies a key contribution; Brody’s older brother Jake (still wrestling with his disbelief in magic) and their eccentric Grammy are again crucial to the mission; and La Tarántula, a new villain (or is she?), makes a chilling entrance. Some dynamic newcomers play significant roles, including Rosalina, whose spirit animal is an armadillo, and her mysterious brother, Myles. Karton s unforced blend of action, comedy. . .whizzes along to a satisfying cliffhanger, assuring readers that at least one more adventure for Brody and company is in the works.

“The threat to the existence of Sarraka, a land of magic and spirit animals, grows dire in this second book of a middle-grade fantasy series. . .Karton s unforced blend of action, comedy, and messages…whizzes along to a satisfying cliffhanger, assuring readers that at least one more adventure for Brody and company is in the works.”

Gary is a collaborative partner and contributor to Brattle Publishing’s catalog. Gary began his career as a reporter for The Washington Post. He stood out because of an innate ability to unjam the copy machine under deadline pressure. He has spent the past 17 years working for children and families at nonprofits such as the Welfare to Work Partnership, the Elizabeth Glaser Pediatric AIDS Foundation, and Safe Kids Worldwide. He is also the author of No Free Lunch: One Man’s Journey from Welfare to the American Dream (Ballantine, May 2002). Gary lives in Virginia with his wife, two sons, and dog. 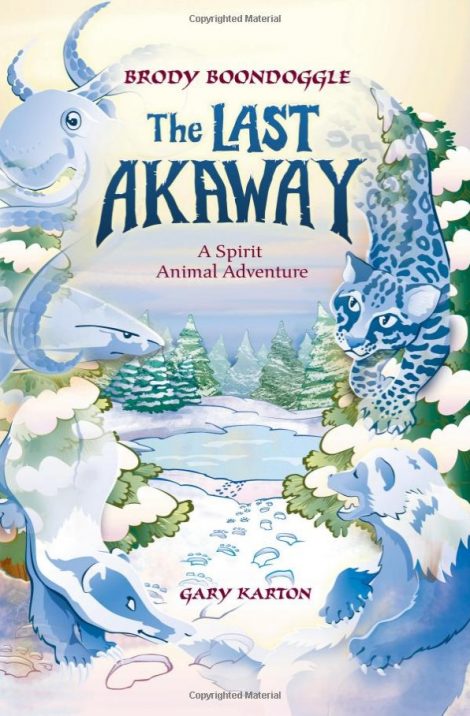